Vomit Launch - Live at the Rokkhouse 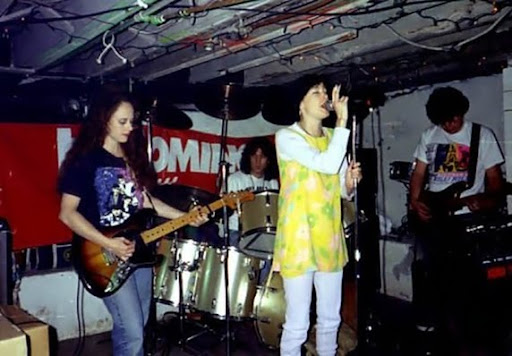 Being located conveniently off of the Indiana Toll Road between Chicago and points east helped South Bend live up to the state motto of the "Crossroads of America." This meant that bands on tour who were visiting Chicago could stop by South Bend on their way to or from the Windy City.

In the Spring of 1992 I received a call from Teenbeat Records, who had just agreed to release Vomit Launch's Dogeared LP. Vomit Launch was a Chico, CA-based band that spent the late '80s and early '90s bouncing around obscure record labels. According to the band's official history, "The music climate was changing - post-Nirvana the big labels seemed to be coming in and picking up any stupid band with loud guitars - but Vomit Launch didn't fit that mold. Plus they still had this dumb band name."

The newest member of Teenbeat Records was playing a gig at the now-defunct Lounge Ax in Chicago and had an open date on the band's calendar. We had a few Vomit Launch records in the stacks at WFVI and I owned a copy of Exiled Sandwich. The Student Union Board at Notre Dame wasn't very friendly towards indie rock, so for expediency's sake, I invited the band to play a live show in the basement of the Rokkhouse at 919 South Bend Avenue. I don't even recall promoting the show with flyers. In the pre-Internet era, we probably relied on word-of-mouth.

On April 11, Oatmeal opened up for Vomit Launch, and if I remember correctly, it was probably the only live performance by the lo-fi pop band that consisted of me and fellow 1992 ND graduate Jim Doppke. The headliners put on a spirited show that evening and our basement was packed with students and locals alike. They crashed somewhere in the Northeast Neighborhood and the next morning, after a hearty breakfast of omelettes, Vomit Launch headed east to Pittsburgh. I recall that my housemate admitted he had a bit of a crush on the lead singer, Patricia Rowland.

P.S. The "It's Coming!" banner behind the stage was a banner promoting the Hoosier Lottery, which began in October 1989. I refuse to reveal the source of said banner ;-) 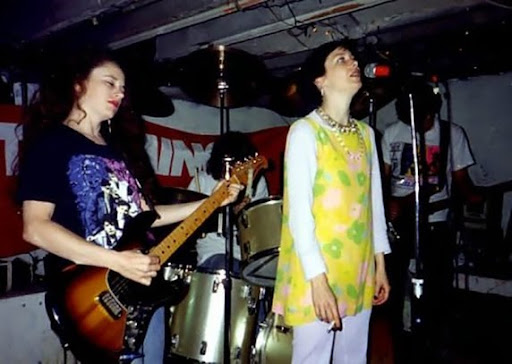 It was cold! The party was in a cool old 2 story house, and we made spaghetti and then hung out pre-party; everyone was really nice, and they had rad lights strung up and a stage built in the basement. One (?) of the housemates had a conflicting gig with his band, the Bucket Kickers, so they (the Bucket Kickers) walked off to their show. He was super cute. He was an artist. Yummy. Can't remember his name. Wish I did. I wanted to see the Bucket Kickers! But it wasn't meant to be. South Bend seemed pretty cool and music friendly. Decent radio station, smart people, etc. The party crowd was extremely enthusiastic and we had a good time. Sold lots of stuff, rock stars oh yes. Then we drove a long ways away and spent the night in the apartment of a nice young man. Left the next morning, still really cold.

Visit vomitlaunch.com for a complete band history, free mp3 downloads, and much more.
Posted by theodore at 12:53 PM

Email ThisBlogThis!Share to TwitterShare to FacebookShare to Pinterest
Labels: Friends of The Bend, Vomit Launch

Jeff - Oatmeal also played live at that hexagonal dome building thing, the something center. Not being able to recall its name is driving me nuts. -Bill

The Stepan Center? Surely that wasn't April of 92?

And Jeff, you did put up flyers-- they had a picture of Che Guevara with an AK-47 underneath, with a word balloon coming out of his mouth, saying something like, "At last, some REAL musicians!!" Oatmeal was billed underneath, and them something about "if Marshall and Bill get drunk, they will probably play too." Which we did, playing the three songs we'd worked out. The thing I remember from that was Michael Penman standing in the middle of the room, shaking his head slowly, and giving us a very determined and vigorous thumbs-down.